From the people, the Spaniards would call Sinaguan (Spanish for people/place with no water), who lived here during 500-600 A.D., to the Anasazi, Mogollon, Hohokam, and the current ancestors of the Hopi, Navajo, Pima, Zuni, Apache, and Yavapai tribes, Sedona’s Verde Valley has been a destination synonymous with cultural evolution and spiritual awakening.

It is no surprise that Sedona Mago Center for Well-being and Retreat’s founder, Ilchi Lee, fell in love with the location and experienced such a deep connection that he chose to build Sedona Mago in the heart of Sedona’s Verde Valley.

Nestled between the Secret Mountains and the Verde River, Sedona Mago, like the Verde Valley, is a fusion of cultures and history. It is located roughly at the center of an acute triangle in the western Verde Valley known as Tuzigoot, Palatki, and Honanki.

Established first by Lester Levenson, creator of the “Sedona Method” meditation, the center was a thriving healing retreat that fell into disarray when Levenson passed away.

Lee, who had come to Sedona after teaching mind mastery for 15 years in South Korea, convinced Tao Fellowship, his non-profit organization whose mission is to share the love for the earth and love for humanity, to purchase the land. Lee added Mago to the name to incorporate this mission. It took several years, donations from former Tao Fellowship students, steadfast belief, and lots of hard work to transform and restore Sedona Mago Center for Well-being and Retreat to what is now affectionately nicknamed Sedona Mago.

Today the Verde Valley is known as one of the world’s go-to places for people seeking self-discovery and outdoor adventure. Below are seven fun facts to know about this irresistible respite in Sedona.

1. The red rocks in Sedona tell a story 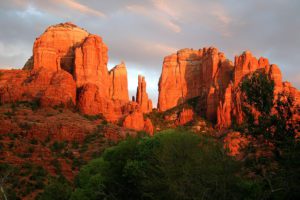 The Sedona red rocks, formed about 210-370 million years ago, are made up of seven different layers that each represent a period in history: Basalt lava, Kaibab Limestone, Toroweap sandstone, Coconino sandstone, hermit shale, Supai sandstone, and Red Wall limestone make up the layers of red rocks of today. When you see the multicolored layers and unusual shapes such as spirals, hoodoos, and buttes emerge, know that the deep red color comes from hematite that stained sandstones. Know that the sandstones demonstrate a time when the land was filled with endless sand dunes. When you see limestones in the rocks, let it remind you that they were built out of aquatic fossils, when the area was a subtropical coastal plain and tropical sea life was present in the Verde Valley. And when you look at and hike up their sheer cliffs, know that they were formed by water running off the edge of the escarpment.

2. It was once nothing but volcanic ash

An eruption of the Sunset Crater volcano in 1064 A.D., forced the people living there to migrate abruptly. Over time the volcanic ash, along with the increase in warm temperatures, caused the land to become fertile and rich with minerals that crops needed most to flourish. This attracted ancestors of the tribes who left and others who lived outside of the Verde Valley to build towns that could support a lifestyle for their families.

During the 1400s, climate change and warfare between native clans eventually caused the population to dwindle. By the mid to late 1800s, when American settlers invaded the land, only semi-nomadic tribes remained. Today, signs of previous peoples who populated the land can be experienced by seeing local site ruins, rock cliff dwellings, pueblos, as well as ancient pictographs.

4. They had different golden eras 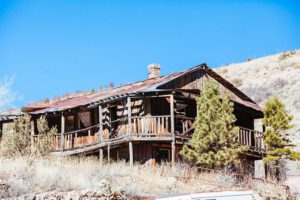 For about two hundred years (from 1100-1300 A.D.), the Verde Valley was an active and prosperous territory. During that time, an estimated 5,000 people lived along a major trade route called the Palatkwapi trail, where farming and agriculture bloomed. The second golden era came after the Spanish discovered copper in 1583 and mining took hold. Between 1883 and 1975, the Verde Valley produced 3 billion pounds of copper; 52 million pounds of zinc; 1.3 million troy ounces of gold; and 48.3 million troy ounces of silver. However, by the 1950s, in the town of Jerome, where the steady practice of roasting high- and low-grade ore, degraded air quality and impacted the health of miners, the industry eventually faltered and became a ghost town with less than 50 people living there. To rebuild, the city repositioned itself to rely on tourism as its primary source of income.

5. A river runs through it 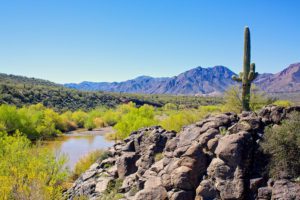 While everyone is familiar with the deserts of Arizona and the red rocks of Sedona, many are unaware of Sedona’s Verde River, which is one of the last free-flowing river systems in the state of Arizona. Popular with photographers, kayakers, and canoers for its picturesque beauty, deep swimming holes, and fisheries, the river supports an ecosystem of more than 100 species of songbirds, coyotes, mule deer, and a variety of other mammals in the area. It has three sections–upper, which begins in Paulden and continues through the wilderness of the Coconino and Prescott National Forests; the middle, which begins in Clarkdale and continues along the Verde River Greenway into the Cottonwood and Camp Verde communities; and the lower, which begins at Camp Verde and passes through the Tonto National Forest before ending at Horseshoe Reservoir.

6. More than 100 movies were filmed here

From John Wayne to Elvis Presley, Sedona’s Verde Valley was once known as the premier destination for shooting western and action movies. Some Hollywood classics that were created include “Apache,” “The Karate Kid,” “Midnight Run,” and many, many more. The influx of Hollywood productions became such a boom for the economy that it encouraged the build and growth of local businesses–from eateries to hotels–that paved the way for the thriving main street the city offers today.

7. It has some of the best hiking trails, resorts, retreats, and golf courses

Over five million people visit the Sedona Verde Valley annually to hike its more than 100 trails, tee off in one of its eight golf courses, visit the seven main vortexes, or relax in one of the many luxury resorts. Sedona Mago is one of the prized places to visit in the Verde Valley. Situated on 173-acres of land, the center offers healing, spiritual, and self-discovery retreats, plus personal development workshops, and is the perfect place for a restorative stay.